We publish a ton of car news stories during the working week, and it can be tough to keep up with everything – which is the rationale behind this weekend list.

In short, here are some key articles from our news desk since Monday of this week summarised, just in case you missed them at the time.

The GWM Shanhai Cannon debuted at this weekend’s Chengdu motor show as a new flagship for the brand, and the company’s local arm says the new ute is on its radar.

CarExpert understands it could launch in Australia in the next 6-9 months, and that the company is looking at all powertrain options.

There’s a good chance it could become the first hybrid model in the local ute segment given GWM’s focus on electrified vehicles.

Urban policy think tank Committee for Sydney is proposing all new cars sold in the Harbour City must be electric as soon as five years from now – a hugely radical goal.

Its Decarbonising Sydney report published last week suggested a faster ramping-up for EVs than currently forecast was needed, calling for the end of new petrol and diesel vehicle sales from 2027 – eight years before the ACT’s already ambitious target.

That would mean about 30 per cent of the passenger fleet would be EV by the end of this decade, around double the exisiting government goal.

The existing Government-backed NSW EV Strategy aims for EVs to make up half of all new car sales by 2030, leading to 15 per cent of the total passenger fleet being electric by that time.

FULL STORY: Committee for Sydney wants all new cars to be EV from 2027

The rugged GWM Tank 300 is getting closer to a local launch, with photos sent to CarExpert of right-hand drive versions spied in Melbourne.

While GWM Australia has yet to officially confirm the Tank 300 – or its larger Tank 500 stablemate – for launch, CarExpert understands both are coming here in 2023.

MG has revealed in China a dual-motor flagship version of its all-electric Mulan hatchback, known elsewhere as the MG 4, with hot hatch-rivalling performance.

Dubbed the Triumph Edition, it’s unclear if this dual-motor version of the MG 4 will be offered in Australia.

As recently reported, the single-motor version of the MG 4 hatch is due here in the first half of 2023.

The Triumph Edition is powered by a dual-motor all-wheel drive setup producing 330kW of power and 600Nm of torque, good for a 0-100km/h time of 3.8 seconds.

BYD’s Australian distributor has responded to widespread criticism of its recently-announced servicing and warranty programs, adjusting service pricing but standing firm on its warranty.

The company has detailed the changes after numerous BYD Atto 3 order holders criticised importer EVDirect for perceived high service pricing and an unusual warranty, which led to 1300 people signing a petition on Change.org and many customers cancelling.

In an email to customers shared on social media, the company has announced two new servicing schemes that apply whether you service your vehicle at either an Eagers Automotive or mycar outlet.

Ranger Raptor and Everest to descend on dealers on September 19

If you’re waiting for a new Ford Ranger Raptor or Everest, you’ll need to wait just a little bit longer.

After initially announcing these models would arrive in August, Ford has subsequently confirmed the two models are now set to begin local deliveries on September 19.

“A small number of Next-Gen Raptor vehicles have arrived in Australia; however, these units will be held until accessories and parts supply reach optimal levels,” reads a communication shared with Ford dealers.

“We anticipate shipping will commence from week commencing September 19.”

Subaru Outback gets more up front

The turbocharged Subaru Outback XT will be in showrooms before the end of 2022.

Two trims will be offered with the more powerful 2.4-litre turbocharged petrol engine in Australia: the Sport XT and the Touring XT.

Pricing for the turbocharged Outback kicks off at $52,190 before on-road costs, and stretches to $55,990 before on-roads. Turbocharged models are differentiated from naturally-aspirated models with dual exhaust pipes, an XT badge, and LED fog lights.

The front and rear dampers, along with the front springs, have been tweaked on the turbocharged Outback as well.

Mercedes-Benz Australia has been ordered to pay a $12.5 million fine by the Federal Court for “failing to use attention-capturing, high-impact language” when communicating with customers about the compulsory Takata airbag recall.

It also admitted on four occasions between February 18 and March 17, 2020, the operators told consumers Beta airbag inflators had not had faults or caused any accidents, injuries, or deaths.

Beta-branded Takata airbags are linked to one fatality and one serious injury in Australia, and Mercedes-Benz cars have reportedly had their Takata airbags fail overseas.

Skoda reveals its Vision for the future

Skoda has outlined its vision for the future, revealing a new design language, a new logo, and a new concept that previews a new model.

The electric, seven-seat Vision 7S concept will enter production by 2026 alongside a new small car and small SUV.

The brand has announced that, though it plans for over 70 per cent of its sales to be of all-electric models in Europe by 2030, it still intends on “strengthening its product portfolio of highly efficient combustion engines”.

The Czech automaker has confirmed it will launch new generations of the Superb and Kodiaq in 2023, as well as a “modernised” Octavia in 2024.

Toyota Australia has secured around 1100 units of the new GR86 coupe for the first 12 months of sales – which is unlikely to come close to matching demand if history is any kind of guide.

Due to launch in September, the second generation of Toyota’s rear-drive, naturally aspirated sports car will – like basically every other Toyota right now – therefore become subject to wait lists.

“We have secured a stock of about 1100 cars for the first 12 months. And as with all GR performance cars, we expect demand will outstrip supply,” Toyota Australia vice president of sales, marketing and franchise operations Sean Hanley said this week. 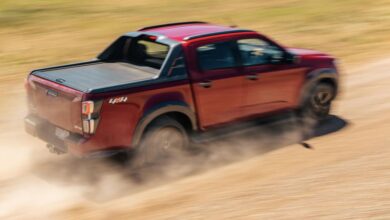 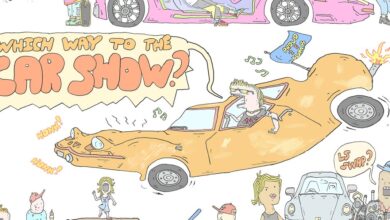 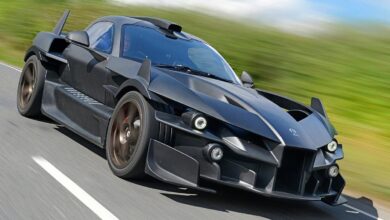 Ariel Has Released More Details Of Its Hipercar 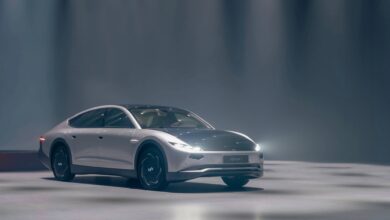 With in-wheel motors, Lightyear claims most efficient production powertrain in the world