Sreemati Sen is an amazingly articulate, vocal and multi-faceted writer who explores the many facets of being an Indian woman. She writes eloquently about the various roles women play in society, be it a daughter, wife, and daughter-in- law, especially in her native Bangla family.

Sreemati suffers no fools and regularly calls out all kinds of regressive practices that are traditionally expected of women to follow, while being a very Indian woman at heart.

When not writing, Sreemati volunteers at an animal shelter that rescues abandoned animals. She helps them draft posts and seeks funds for the animals. Currently Sreemati lives in Kolkata with her children. “Two ‘hooman’ babies and one furry girl. We rescued our girl two years back from a dinghy lane in Kolkata and she has been a blessing to us. From learning about bitches to bleeding in dogs, from getting bullied for sheltering an Indie to fighting for the cause of the Indies, it has been an exciting journey for us!” she says

Writing proved to be cathartic for Sreemati

Academic writing and documentation were always a part of Sreemati’s work. She is a lover of fiction and is a voracious reader but never thought of writing herself.

“I proved myself wrong when in 2019, I faced a huge crisis. Baba was in the ICU battling for his life while I would sit outside the cabin waiting for the doctor’s verdict or for the vitals to stabilise. My blood pressure rocketed and I suffered anxiety attacks. I had no idea how to tide over the crisis.”

“One of those days, while fidgeting with the phone, I came across a 100-word story contest. A while later, I realised that I had been writing for almost three hours. Two of those stories were declared a winner. Gaining confidence, I began writing fiction. My first 500-word story was a letter to Baba on Father’s Day. Believe me, I felt much better. Writing proved to be cathartic. Since then writing has helped me keep my sanity intact.”

Sreemati hails from a progressive family where her parents were very accepting of their three daughters. “Baba was always a proud man and my mother still declares with immense pride that she has borne the best gems.”

But it was not easy for them. I have heard about the kind of rituals and customs that were imposed on my mother to bear a son. The pressure was immense once she delivered me, the middle one.

On top of that, I was not a particularly good-looking baby. Dark, thin and sickly, I was quite a contrast to my handsome parents and my beautiful elderly sister. People asked them weird questions. Well, they stood strong and guarded me.

But things took a turn for worse when my baby sister was born. She was every mothers dream. The most beautiful baby we had ever seen. People showered compliments on her and lost no opportunity to ridicule me. I withdrew into a cocoon for Ma and Baba would be pulled up regularly for ‘producing’ an ugly child. That proved to be the worst phase in my life. I changed from this happy child into a shy, timid teenager.”

“It was also at this time that I was repeatedly sexually abused by my father’s best friend. I couldn’t share it with anyone. How could I? I was ashamed and like every girl blamed myself. But when I did share it, no one believed me. It was extremely tough for I had to keep facing this man, protect myself, and also make sure that he did not advantage of my baby sister.

That was also the time Sreemati hated her family for not believing her. Finally, in 2010, a friend request on FB from her perpetrator made her finally confront him. “I threatened him with legal action. Later I withdrew the charges when Baba pleaded with me to put it aside. In my fight for revenge and justice, I had never paid heed how this had taken a toll on Baba. For the perpetrator was his friend – his best friend who had always had an easy access to his daughters.”

Marriage as an eye opener

Sreemati and her sisters were never made to realise that daughters are what she calls “paraya dhan.” They were taught education and self reliance were the main tools to escape oppression and live with dignity and freedom.

But marriage proved to be an eye-opener for Sreemati. Forced to live in a joint family, she was badly abused. “I was taunted for not being a typical, docile bahu. For not bringing in dowry. For not being a good cook. For agreeing to retain my maiden name. For not bearing a child. Little did they know that we kept postponing our first born, for I did not want a baby to cloud a bad marriage. After three years of suffering, I decided to quit the show.”

“Thankfully my husband chose to follow and today we are a family of five. But those three years of hurt and pain haunted me. Labelling me as a ‘banja’ (infertile), No food to eat. Eating after the men had finished. Cleaning leftovers. And there is more! My parents were not allowed to come and stay with me. My sisters and aunt were disrespected. And once I even escaped from being beaten.”

It was at this point when Sreemati stumbled upon Women’s Web through a friend who had written an article on the platform and shared it online. “That’s how I came to know about Women’s Web. I decided I would write down my story. The hurt and the pain flowed through my pen. And I realised that there is no one here to judge me. But many supported me in my process of healing and self-discovery. I have written articles on the humiliation and pain I have faced after marriage. I have written about abuse at workplace, the hauntings of the sexual abuse in my teenage years, the challenges of being a good parent. These are all based on my experiences. Every time Women’s Web has shared them.”

“I have received comments and even messages from complete strangers lauding my efforts. Women have reached out to tell me that my stories are motivating. I have to tell you that my readers have played a very important role in boosting my confidence. Writing for this platform has been a journey of self-discovery and self-realisation!”

It was a revelation for Sreemati when women started sharing their own stories. “I was appalled. What I had faced eighteen years ago is still rampant. And that is where my worries lie. We haven’t improved much. Yes, the women have learnt to take a stance, are more independent but they face the same challenges that I faced years ago! The typical issues with their in-laws. The ego hassles with their spouse. That makes me question: what we are passing on to our next generation?”

We need more women opening up about these issues and giving a voice to their feelings. The more we confront problematic people, the better are the chances of improving the societal fabric. I am a case in point; for I have seen my marriage getting a second chance, and my husband giving up the beliefs set by his family and adopting a better attitude towards life, marriage and women.

If I can change a family, why can’t the others? And for everyone out there, Women’s Web is a community for the women, by the women and of the women…Isn’t that the perfect scope to shed all your inhibitions and start voicing your opinions?”

Sreemati shares a painful and blatant case of discrimination at the workplace with us. “I was working with an organisation based in Kolkata and handling their projects on microfinancing, education and rehabilitation. I rose up the ladder fast. Soon I noted the discrepancies in the funds received from the funding agency and the amount spent. A considerable amount of it was untraceable. It was not difficult to track it. The Founder of the organisation himself and his trusted Chartered Accountant were behind it.”

“The discovery came with a price. All of a sudden I was labelled a ‘slut’ having multiple liaisons at work, a woman with poor morals who wore vulgar outfits. What surprised me the most was when the team that worked under me signed the sheet of paper. I was forced to resign. The chapter not only left an indelible impact on me, but also drove me away from the development sector which is shrouded with lies and corruption.”

A keen interest in the paranormal!

Sreemati has a keen interest in the paranormal, and has a huge network of friends who are experts in the field. “Tantrics, healers, mystics, fakirs, gypsies – name them and they are a part of my network. I know them all for they provide me with the much-needed fodder for my stories. Most weekends, I can be seen roaming around heritage buildings, armed with a camera and hunting for a ghost.”

“Bengal has a rich tradition of festivals throughout the year. I make it a point to spend some time away from the city in the company of the tribals, documenting their rituals and festivals. Travelling to far-flung areas in Bengal every weekend in search of a historical monument has earned me the nickname of an ‘archaeophile’, a lover of old things and places.”

A heartfelt message to her readers

Sreemati shares a wonderul message to our readers.

“To my readers here, I have received immense support from you. Whenever I have written a piece, women have either messaged me or written about similar experiences. The feeling of universalisation – the realisation that I am not alone in this has worked to my advantage. When I write stories, a larger part of it is reality.”

“These articles have helped me cope with years of guilt, pain and trauma. I have emerged much stronger and bolder. The credit goes to this amazing platform. To all the women out there, give a voice to your thoughts and make an impact around. Unless you give a voice to your experiences, how will others draw inspiration from you?”

Her other popular posts with us

A riveting story about how married women have equal rights to take care of their parents If Your Parents Can Live With You, Why Can’t Mine?

On the importance of educating young boys about periods My Son Knows About Periods Since He Was 5 And Today, He Is The Most Supportive When I Bleed!

On how many of our festivals reek of patriarchy and the injustice of women of the household being made to work hard to prepare for them Celebrate Festivals, Not The Patriarchy That Makes Women Work All Day!

A hard hitting piece on how society should accept women’s bodily urges as normal How Can A New Bride Talk In Front Of Men About Needing To Use The Toilet? Shameless!

On how food is used as a tool for discrimination I Slept Hungry Most Nights As A New DIL Coz Men Ate First Without A Care For Women; No More!

On the pressures of wearing vermillion even though she was allergic to it, and showing other markers of being a married woman I Decided I’d Had Enough, And Became The ‘Rebel Bahu’!

A beautiful piece on her mother’s experiences as a widow in Indian society ‘If He Is Gone, What Is The Use Of Living A Good Life?’ They Ask My Newly Widowed Mother!’ 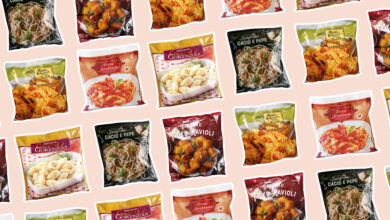 All the Frozen Pastas At Trader Joe’s, Ranked 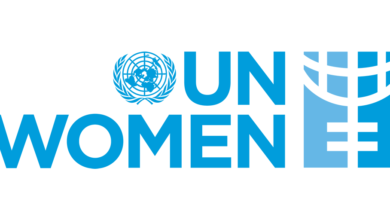 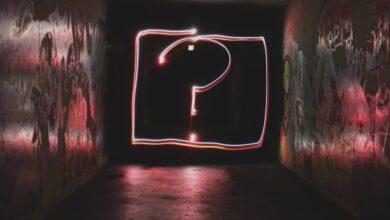 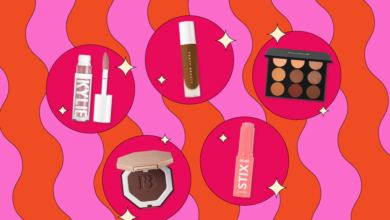 The Easiest Ways to Transition Your Makeup Season By Season