Summers in Iowa are two things: humid and buggy. You’d think that after 26 years of living here, I’d be used to it by now, but alas! I’m unpleasantly surprised every summer by how miserable it is outside. The humidity by itself I could deal with, but the bugs are the bane of my existence. Nothing annoys me more than mosquitoes buzzing around my ears and in front of my face or—worse yet—landing on me to deliver a big, itchy welt that will torment me for the next several days. So when I saw this video of Babs from @brunchwithbabs (my fave) sprinkling grated soap around her patio to keep mosquitoes at bay, I immediately drove to my nearest Target in search of some Irish Spring. When they were out of stock, I tried the grocery store instead. I was serious. 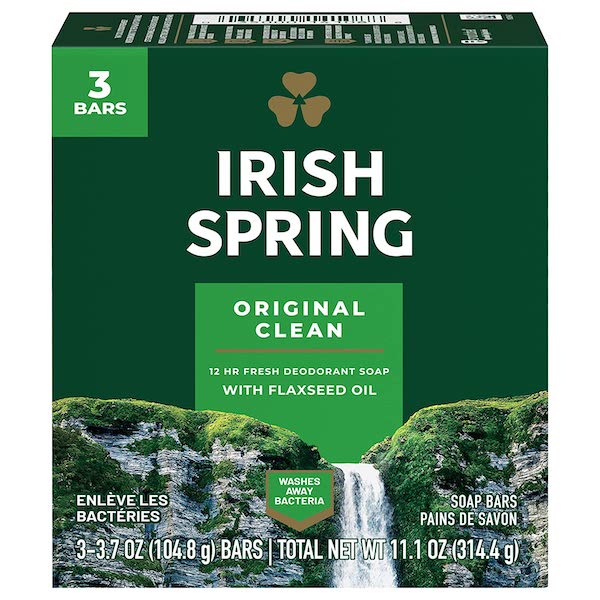 The gist of the hack, which has been floating around the internet for some time now, is that the soap’s fragrance naturally repels mosquitoes. Most tutorials instruct you to grate up a bar of Irish Spring soap (this particular brand, apparently, is crucial) and sprinkle it around where you’ll be sitting outdoors to create a barrier against bugs. Sounds weird, I know, but stick with me.

Now, I think it’s important to note that the maker of Irish Spring soap, Colgate-Palmolive, confirmed to a local news station last year that its products hadn’t been specifically tested to repel insects. There are no scientific studies to back up the claim, either. But just because it has never been officially tested in a lab, that doesn’t mean it definitely won’t work. 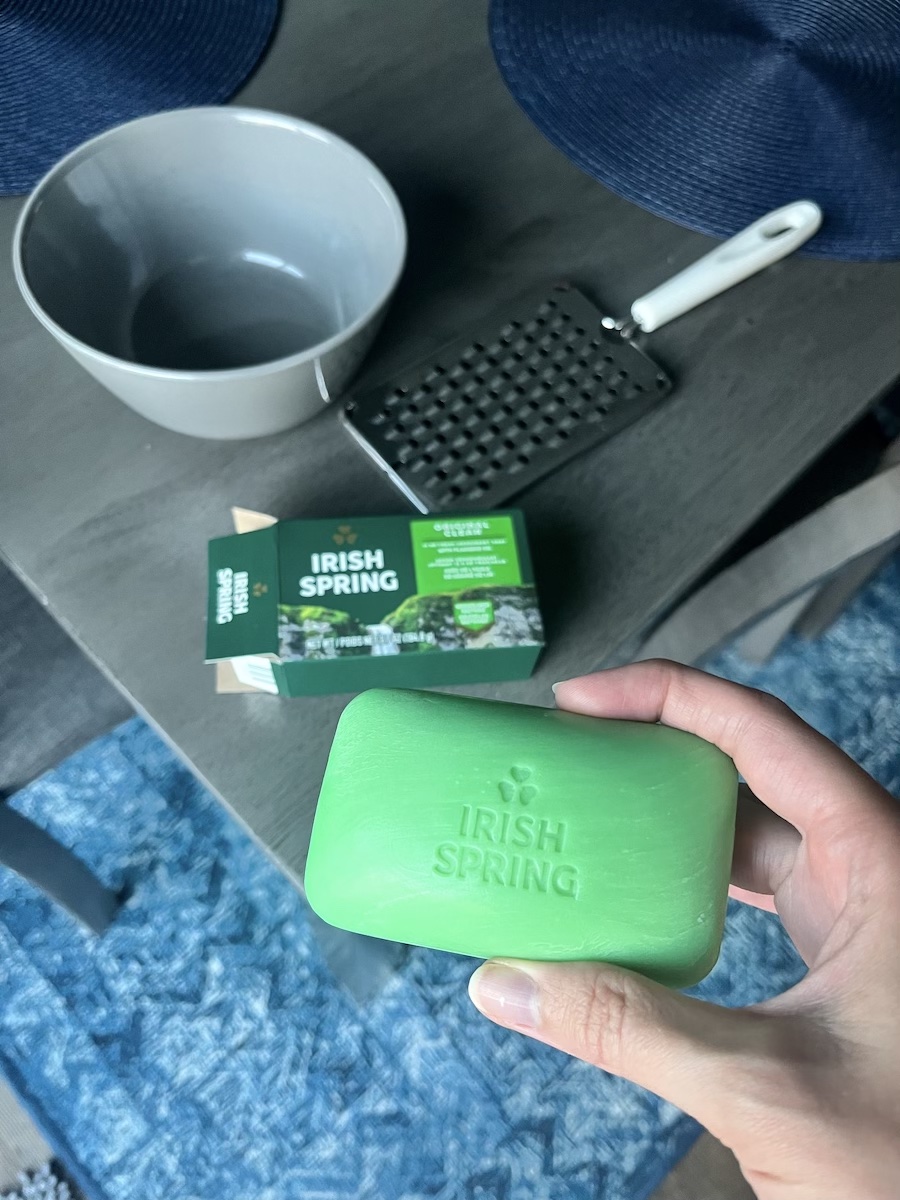 Armed with a three-pack of soap and a dream, I decided to test it myself. On an evening when I had planned to hang out on the deck with a cocktail and some loved ones, I got out the cheese grater and started shredding. Since the original variety of Irish Spring is an unfortunate shade of neon green, the grated soap had a highly unnatural look to it. But it shredded easily and gave off a kind of musky, citrusy scent that immediately took me back to my grandparents’ house (not in a bad way!).

Once I had grated the entire bar into a bowl, I paused. The videos I had watched recommended sprinkling the grated soap directly onto the ground, but since we were going to be on a deck (with two pups roaming around), I decided that wasn’t the best idea. Instead, I grabbed a few smaller bowls and divvied up the soap shreds between them. I then spaced these out around our outdoor area, so each seat had a bowl nearby.

Sitting out on the deck, you could definitely detect the scent of Irish Spring wafting through the air, but I actually found it nice in a nostalgic sort of way. I kept my eyes and ears peeled for mosquitoes throughout the whole evening and didn’t notice a single one. Before we headed in for the night, I asked everyone whether they had seen any bugs either, and the resounding answer was no.

So does it work? Maybe. I’m no scientist and this wasn’t a controlled experiment, but it didn’t not work. And since it smells a whole lot better than your typical tiki torches or citronella candles, I’m chalking it up as a win. 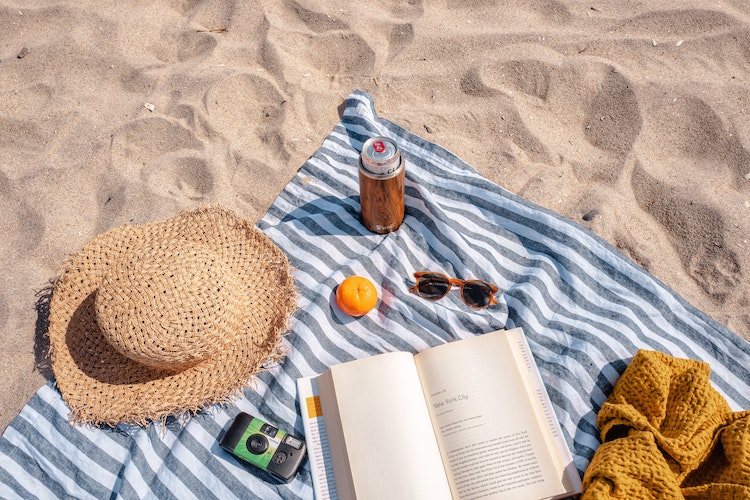 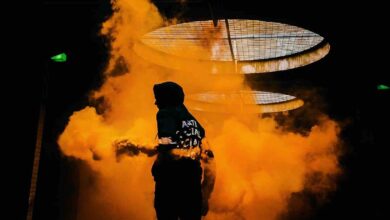 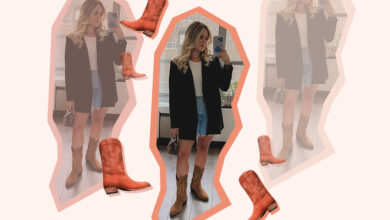 How Our Fashion Editor Is Styling Cowboy Boots for Fall 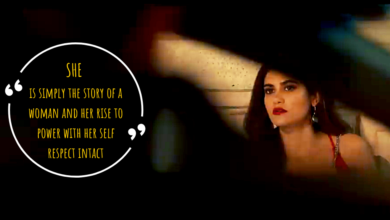 5 Compelling Reasons Why The Netflix Web Series SHE Is A Must Watch, Not Just Season 2 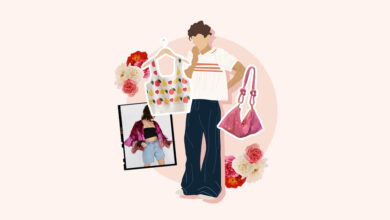